At a boarding girls' high school where every student is an assassin, they target only one life: "The Hare", who appears to be a girl named Ichinose Hare. Similarly, "Azuma Tokaku" is an assassin who transferred schools to target her, however she gradually became attracted to "Hare" and decided to protect her. 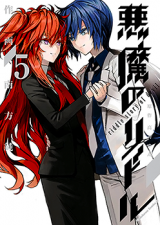